Exploring the nexus of climate change and health with Medtronic LABS

Climate change and global health are inherently intertwined. As the health of our planet continues to deteriorate, so does the general health of the global population and, subsequently, the quality of care available to underserved patients, families, and communities worldwide. This climate-health nexus represents what we believe to be a critical tipping point in human history.

And we’re already feeling the impacts. From Pakistan to Florida, extreme flooding has uprooted families and communities. We’ve seen firsthand how vulnerable people—the elderly, children, those living with disabilities, and the sick—have suffered disproportionately, unable to access critical support services.

In Pakistan, the crisis is especially acute, as mosquitoes carrying Dengue and Malaria thrive in the now seemingly permanent flood waters. Climate change in all its forms ravages communities with extreme heat and weather, disrupting food systems and increasing food and water-borne diseases. In cities around the world, pollution is leading to higher incidences of respiratory disease and cancers.

Beyond physical health, the effects of climate change are also impacting our mental health. A recent Intergovernmental Panel on Climate Change (IPCC) report suggests that climate change significantly affects populations’ psychosocial well-being and might lead to increased rates of anxiety, depression, and even suicide among those most vulnerable.

The underserved suffer the most

It should come as no surprise that underserved communities worldwide are disproportionately vulnerable to the adverse effects of climate change on their health—the inequity cuts at two levels: both within and between countries.

Within countries, climate change’s consequences on human health augment pre-existing social and economic disparities, such as inadequate access to good food, housing, and air quality. Climate-based health risks are especially concerning for young children, expectant mothers, elderly individuals, persons with chronic illnesses and impairments, and people with fewer resources to adapt. This inevitably harms the health of vulnerable populations in every country.

Between countries, the glaring injustice is countries that are the largest global carbon emitters are not the most impacted by the effects of climate change. Rising sea levels threaten many small island nations’ very existence despite barely contributing to the problem at all. Similarly, countries in South Asia and Africa are facing the risk of extreme heat, or ‘wet bulb’ events, massive floods, and droughts that are existential to populations and economies. If climate change persists at its current pace, many countries will face limited access to clean water, impeded agricultural processes, and food shortages. Devastating storms will continue to wipe out homes, communities, and healthcare infrastructure in geographies where resources are already limited.

To put the environment-health nexus and its essential nature into perspective, the World Health Organization estimates that between 2030 and 2050, an additional 250,000 people will die each year due to climate change’s immense impact on human health. The operative word in the above estimate is “additional.” The numbers are staggering.

Who’s stepping up in the global health community?

Even though we know that climate change and health are intertwined, there is still a lot that we don’t know.

That’s where research funded by pioneering organizations like the Wellcome Trust and Rockefeller Foundation are essential to truly unpacking the details and implications of a warming planet for our health. Both organizations aim to generate evidence with the power of data science leveraging multimodal datasets, for instance, from national health registries, data around air pollution, weather patterns, and others.

Other entities focused on specific diseases are following suit. Malaria No More and its partners are specifically looking to identify the most at-risk communities for vector-borne illness as a result of climate change to better target interventions.

While groundbreaking organizations generate better research and the evidence required to predict the most at-risk communities, Medtronic LABS is working to link that evidence to real-world outcomes on the ground. Armed with a model showing malaria hotspots or air pollution, Medtronic LABS and our health system and community partners can target our interventions to reach the most vulnerable before it’s too late. In other words, we can shift from reactive to proactive systems.

While climate change’s broader impact on health in underserved communities is unequivocal, no two situations are identical. What’s necessary is a localized approach to health systems transformation that pairs well-suited solutions to the specific needs of distinct communities. Medtronic LABS is committed to collaboratively designing localized health systems that deliver sustainable, positive patient outcomes today and into the future.

The climate-health nexus is the single most daunting threat faced by underserved communities today. The evidence is clear. The impact is widespread. And we see this as a critical juncture in our civilization’s history. A juncture that demands swift, strategic cross-sector collaboration. But we can’t take on this challenge alone.

If you’re interested in how we can work together to mitigate the effects of climate change for the most vulnerable, get in touch with us today. Together, we can reduce climate change’s impact on human health. 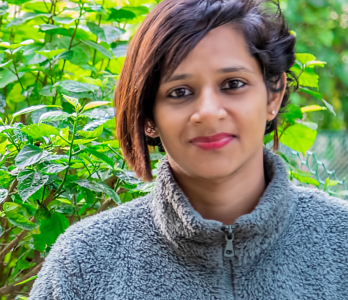 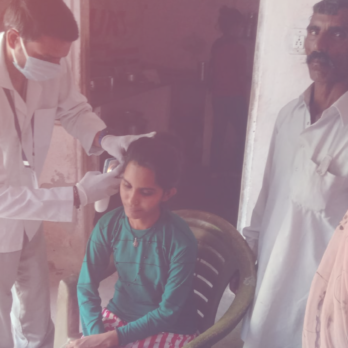 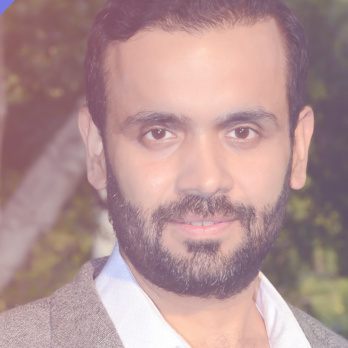