Nelson Rolihlahla Mandela (1918 – 2013) received more than 260 honors during his life including the 1993 Nobel Peace Prize. After being imprisoned for 27 years for standing up to human rights abuses committed by the apartheid government against black South Africans, Mandela became President of South Africa, ended apartheid, brought peace, and unified a racially divided country.

When he was released from prison in 1990, Mandela addressed the crowds from Cape Town’s City Hall, saying:

“I greet you all in the name of peace, democracy, and freedom for all. I stand here before you not as a prophet, but as a humble servant of you, the people. Your tireless and heroic sacrifices have made it possible for me to be here today. I, therefore, place the remaining years of my life in your hands.”

As a sign of gratitude for his selflessness, many South Africans affectionately refer to Mandela as Madiba, his traditional Xhosa clan name.

While many know of Mandela for his leadership to end apartheid in South Africa, he received less attention for his efforts and accomplishments as a champion of public health. After his Presidency he continued to work toward freedom and equality for all under the Universal Declaration of Human Rights agreed upon by the United Nations in 1948. Mandela worked tirelessly towards freedom of oppression, freedom of want, and freedom from disease for underserved and low-income communities.

“Overcoming poverty is not a gesture of charity. It is an act of justice. It is the protection of a fundamental human right, the right to dignity and a decent life. While poverty persists, there is no true freedom.”

While President, Mandela fought for universal healthcare. In 1994, the same year Mandela was elected, the Phelophepa train started running throughout the South African countryside to deliver inexpensive healthcare to those in need. As Chair of the Vaccine Fund Board, Mandela gained support from world leaders to secure $800 million dollars in funds committed to universal vaccines in Africa for adults and children in remote areas. [1]

“As long as outmoded ways of thinking prevent women from making a meaningful contribution to society, progress will be slow. As long as the nation refuses to acknowledge the equal role of more than half of itself, it is doomed to failure.

In 1996 Mandela put into law access to free healthcare for children under six years of age and pregnant women. In 1998, people with disabilities obtained free healthcare.[2]

Given his concern for women and children, Mandela started the Nelson Mandela Children’s Fund in 1995 and the Nelson Mandela Children’s Hospital Trust in 1999. In 2016, the hospital was opened to the public. The fund and hospital focus on overcoming malnutrition, lack of immunization, and access of mothers and children to medical services and health care within South Africa.

“Education is the most powerful weapon which you can use to change the world.”

In 2003, Mandela created the Nelson Mandela Foundation to fight HIV/AIDS. Since its establishment, the Foundation has developed and implemented programs on HIV and in particular community dialogues around HIV; he urged people to talk about HIV/AIDS “to make it appear like a normal illness.”

Nelson Mandela’s legacy of humility and service lives on not only in South Africa but also around the world.

“Peace is not just the absence of conflict; peace is the creation of an environment where all can flourish, regardless of race, color, creed, religion, gender, class, caste, or any other social markers of difference. Religion, ethnicity, language, social and cultural practices are elements which enrich human civilization, adding to the wealth of our diversity.” 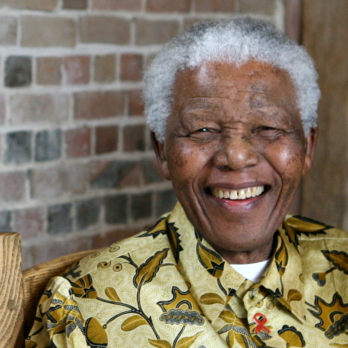 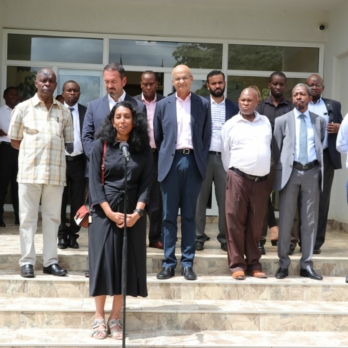 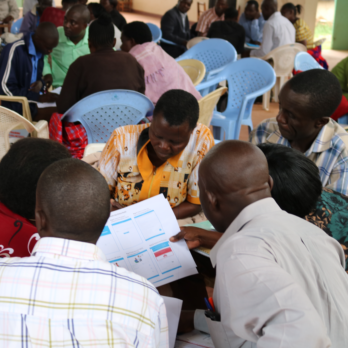